Hello fellow brigands, here's the changelog for the KTA version made by @RedPandaLT and @Julian : 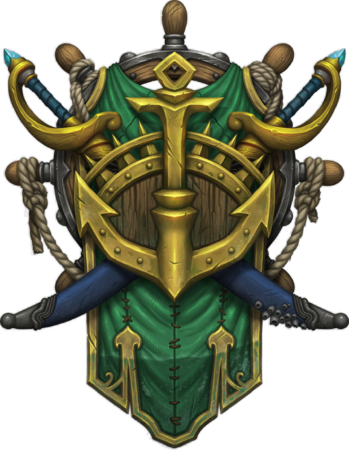 - Rain of fire cooldown increased to 25
- Satyr workers can build now voodoo lounge
- Ragnarok cooldown changed to 15 seconds
- Infernal Contraptions can now attack buildings
- Fixed gap of damage between Archimonde and Kil'jaeden
- switched back the legion unit models
- Removed Creeps on Dire Maul if the player chooses this base
- Reverted most of the unit models
- Increased Base damage on Void walker by 5
- Increased Base HP of Warlock by 65
- Decreased Base mana on Satyr soulstealer by 100
- Increased training time on Doomguards by 4secs
- Increased traning time on Siege by 4secs
- Buffed Dark blessing to give more armor
- Replaced Devour Magic on Soulstealer with Dispell magic
- Removed Cripple and Mana on Doomguard
- Gave Stormdrakes Light armor
- Shivara base armor increased by 2 , attack type changed to hero , gave +10 base damage, Q and W switched places, and on E they now have cripple
- Removed attack from buildings

Miscellaneous :
- Fixed the lumber to gold turn
- Message of Satyr Prince unrevivable will now show at Vrykul
- Fixed royal battleships being able to load into zeppelins
- Reterrained Stonemaul hold
- Fixed Ogrimmar being able to be aimed from behind by catapults
- All workers cost 10 gold
- A ton of tool tips have been fixed
- Goblin Lumbermarket capturable

Notes :
This patch is a first attempt to reduce Horde's winrate by lowering their starting gold and by buffing the NE
A lot of prices for NE have been reduced, allowing them to have quicker access to their techs and army
Horde's gold has been reduced, it's one of their biggest strenght, and it will prolly be nerfed again on the next patchs depending on how this version goes
A bunch of elites and Heroes have seen their damage buffed to increase their value

PS : Sorry for the crests, due to weird format I couldn't add them all

The Eyes and Ears.

Maybe think about re adding the old base in the Tomb of sargares island for Legion.

actual i decided to add the link today already have fun

You may now Control the entire map singleplayer with the !C command
and ogres besides the elites are now tied to stonemaul reason for the reterrain

Another Edit did Change link there was a small bug with the cp changing fixed that
Last edited by a moderator: Apr 27, 2019